Climate Change and the Pacific Islands

In recent decades, debate has intensified over the phenomenon of climate change and its impact on the global environment. It is of global concern as the effects are being felt across all geographic locations. It is argued, however, that certain areas and regions are more vulnerable than others. One such region is the Pacific Islands. The Pacific Island region is made up of 16 independent island states and 25 non-sovereign territories spread across the world’s largest ocean. It is the largest collection of islands consisting of over 30,000 islands with a total land area of 553,959 km2. The islands range from large mountainous islands to low lying atolls spread across its three sub-regions of Micronesia, Polynesia and Melanesia. Papua New Guinea is the largest and accounts for 83 percent of all land area. With its many low-lying islands it has long been a 'poster child' for climate change. 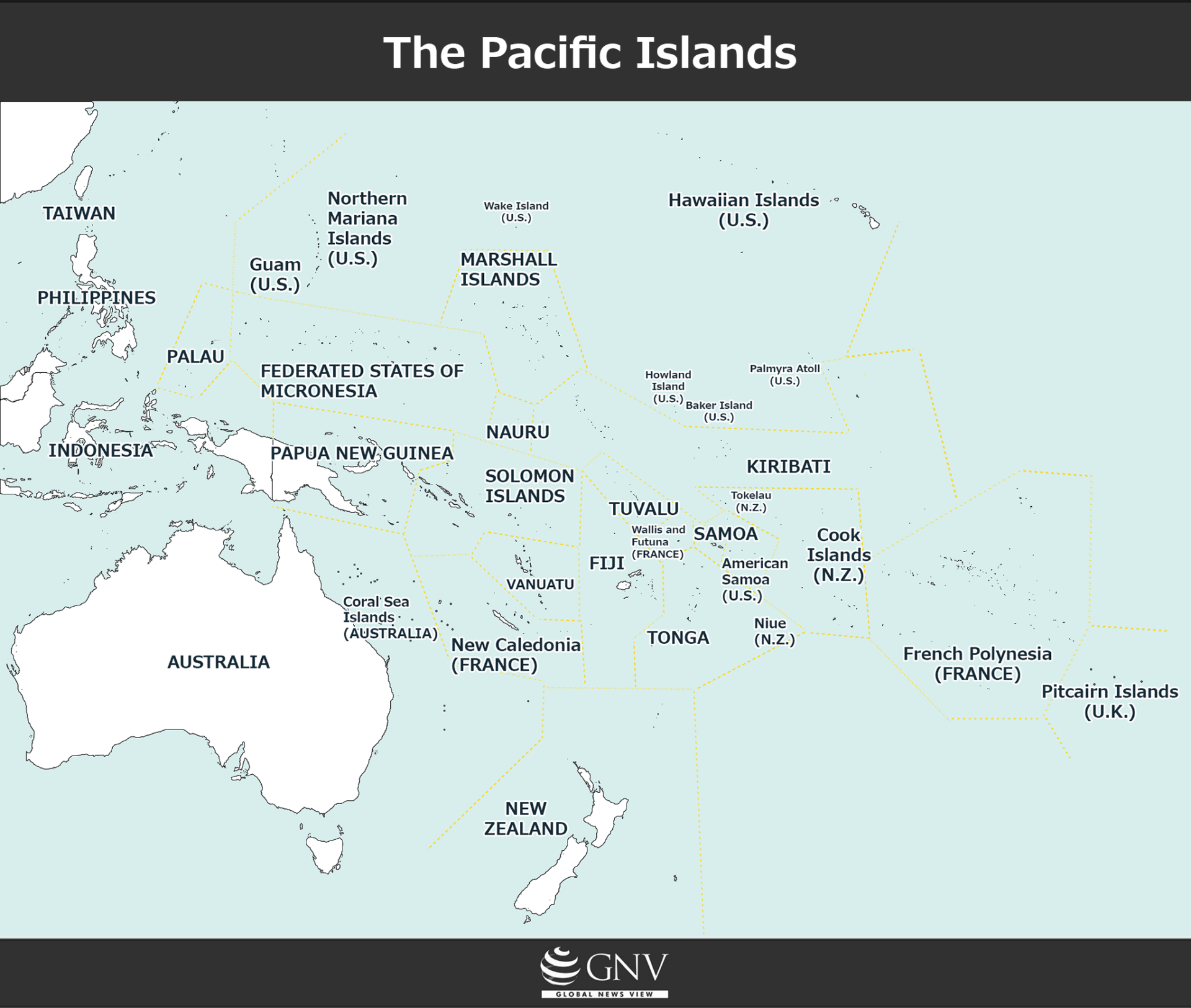 Climate change is claimed to pose a threat to the Pacific Islands because of factors such as sea level rise that is eroding and overflowing low-lying areas; and the salinization of soil that affects its water supply and agriculture. The large dependence on the environment by most Pacific Islanders means that changes to the environment directly affect the livelihood of many people. In addition, political factors also contribute to that threat in that the governments and authorities do not possess the capabilities necessary to counter and adapt to the changes in terms of finance, technology and security. The Secretariat of the Pacific Regional Environment Programme (SPREP), which is the regional organization specifically focused on the environment has claimed that the impacts of climate change are affecting the Pacific Islands in its “communities, infrastructure, water supply, coastal and forest ecosystems, fisheries, agriculture and human health”.

Studies have shown that the highest rates of increase in sea levels have been experienced in the south west pacific region.Although the global average stands at 3-5mm increase per year; for the case of the Solomon Islands, for example, an increase of 7-10mm per year has been recorded since 1993. In a study that was conducted by Australian researchers, it was discovered that five Islands have been lost in a remote area of the Solomon Islands with an additional six being substantially eroded.

The Solomon Islands also has experienced a change in temperature with changes of about 0.15 degrees every ten years since 1951. Temperature increases in other Pacific islands have been even higher.For instance, in Kiribati, 0.18 degrees; Federated States of Micronesia; 0.19 degrees, and Tuvalu; 0.21 degrees per decade. Extreme weather events, such as cyclones, have also increased in the region in both frequency and intensity with destruction to infrastructure in Vanuatu, Papua New Guinea, Fiji and the Solomon Islands. El Nino has also been more severe in the Pacific; not only contributing and fueling extreme weather changes such as the devastating Cyclone Winston in Fiji in February 2016, but also caused rare and never-before weather occurrences such as a Southern Hemisphere Cyclone in July in the Solomon Islands and a Northern Pacific Hurricane in January. The region has also experienced severe droughts, which have disrupted the islands economy with the devastation to export crops in Papua New Guinea, Samoa, Marshall Islands, Fiji, and Tonga just to name a few. 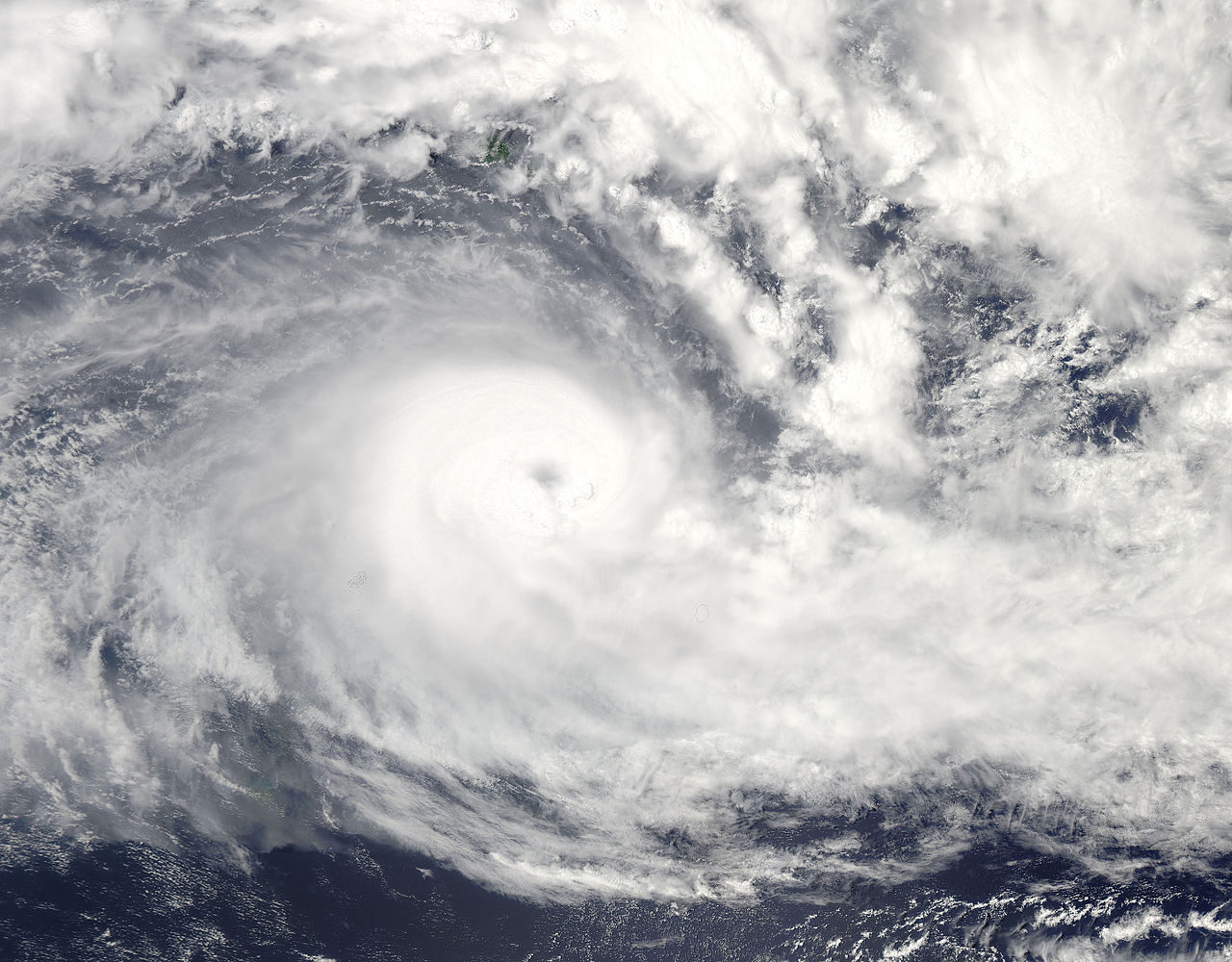 These extreme weather changes in turn contribute to another problem: food security. In the Marshall Islands, for example, lower food production is thought to have been caused by typhoons and droughts. Flooding has also disrupted agriculture in the Cook Islands and Kiribati.Another threat to food security is the salinization of the soil that damages its fertility. An example can be found in the Ontong Java Atoll in the Solomon Islands where salinization has affected the residents’ food and water supply.

Furthermore, climate change in the Pacific has also induced migration. The migration of the people of the Carteret Islands in Papua New Guinea is one such example. These migrants were in 2008 called 'climate change refugees'.In the near future more areas across the Pacific are expected to experience migration due to the effects of climate change. Among them, Taro Island in the Solomon Islands, is set to be the first Provincial capital in the world to migrate as a result of the changing environment.

With all the impacts already experienced and those predicted to be encountered, Pacific Island countries have established domestic climate change initiatives and policies focusing on adaptation, mitigation and migration to minimize the effects. The regional organization SPREP assists its member states in developing and implementing these domestic Initiatives and policies. Communities have been encouraged to be involved in climate change mitigation, with resilience programmes being conducted in numerous communities across the Pacific. Climate change has also entered the school curriculum in some countries to help promote awareness through education. Informative media programs have also been emerging with a view to promoting awareness and adaptation measures among the greater public. Not to be forgotten are the assistance from other regional organizations, such as the Pacific Islands Forum (PIF), and the Melanesian Spearhead Group (MSG); international organizations such as the World Bank and the United Nations Development Program (UNDP); and the international donor community who have assisted the Pacific Islands in their Climate change programs. 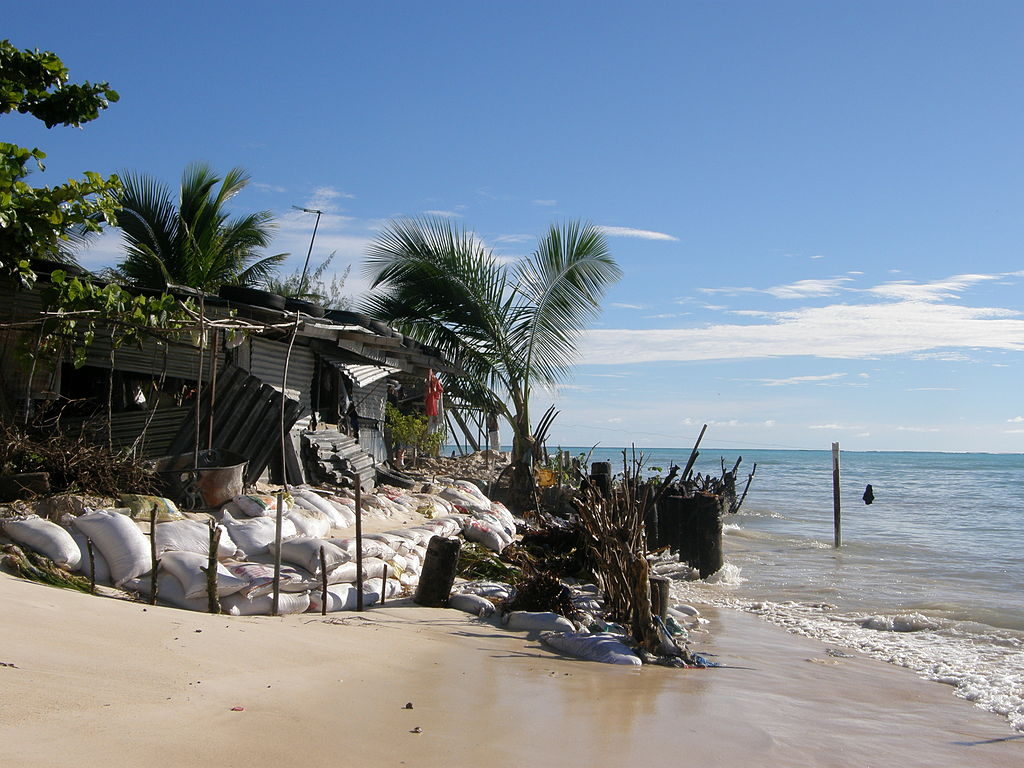 Of the 224 respondents (members of the general public) of a survey conducted by the author in the Solomon Islands; 100 percent of respondents claimed to have seen and experienced the effects of climate change. 89.5 percent stated that they were extremely or very concerned, while the remaining 10.5 percent expressed slight to moderate concern. 91.4 percent of respondents believe that small island states like the Solomon Islands are more vulnerable to climate change than other countries. Furthermore, the majority (84.4 percent) think domestically the Solomon Islands government, together with local communities and individuals, are most responsible to address climate change. Although the public thinks the government is the most responsible authority in addressing domestic effects, only a mere 4.5 percent think the government is presently doing enough, and just 22.9 percent believe the government possesses the capacity in terms of finance, technology and know-how to effectively address climate change.

Climate change is an everyday reality in the Pacific Islands. With visible sea level rise, coastal erosion, intensified cyclones, and droughts leading to threats to food security and livelihoods, and the destruction of infrastructure, it is something that is difficult to ignore. Although there are policies and initiatives already established domestically in the islands, more needs to be done by the respective governments and authorities. The case of the Solomon Islands shows how the public thinks the government should indeed do more to prioritize climate change as it is directly affecting it citizens, not in the future but in the present day.